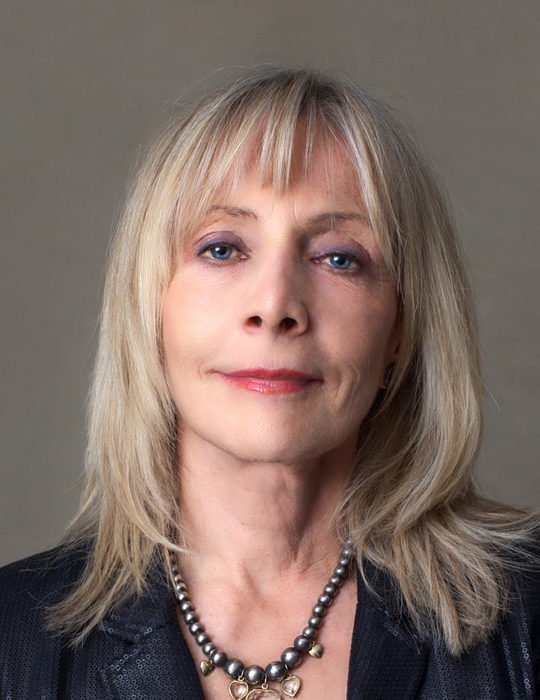 Lyse Lafontaine is one of Canada’s most highly regarded producers.

A veteran of both film and television production, she has worked with some of the most respected names in the Canadian entertainment industry, including Jean-Claude Lauzon on the award winning film Léolo that she produced in 1992 (Official Competition at the Cannes Film Festival & Golden Palm at Valladolid).

Lyse Lafontaine’s reputation as a producer goes beyond the boundaries of Canada. She has co-produced movies along with other producers from France, Italy, Luxembourg, Mexico, Switzerland and the United States among other countries.

The year 2006 sees the release of the feature film about a love story occurring during the Rwanda genocide, A Sunday In Kigali, directed by Robert Favreau and based on the novel by Gil Courtemanche. The film is presented in more than 35 international festivals and wins many prizes along the way, including the Genie for Best Adaptation, the Jutra for Best Cinematography, Best Art Direction, Best Sound, Best Original Score, Best Costumes, Best Make-Up, the Best Actress award at the Marrakech International Film Festival, the Best North-American Film award at the Kuala Lumpur International Film Festival along with many public prizes at other film festivals.

In 2008, Mommy is at the Hairdresser’s is released to critical acclaim. This wonderful film written by Isabelle Hébert and directed by Léa Pool about a young girl’s coming of age in the late sixties is presented in many countries and wins the Jutra for the Film getting the most recognition outside Quebec. The film wins a Public Prize at both the Soleure Film Festival in Switzerland and the Goeteborg Internationl Film Festival in Sweden.

In 2013, Lyse was associate producer on Tom at the Farm a psychological thriller directed by Xavier Dolan. The film is based on the play of the same name by Michel Marc Bouchard. It was screened in the main competition section at the 70th Venice International Film Festival on 2 September 2013 and also at the 2013 Toronto International Film Festival in the Special Presentation section. At Venice the film won the “FIPRESCI Prize”. The film was a shortlisted nominee for “Best Picture” at the 2nd Canadian Screen Awards.

In 2014, she produced Love Project a film by Carole Laure and  La Passion dAugustine a film by Léa Pool winner of many prizes such as the Public Prize at the Festival du Film Francophone d’Angoulême and the Gold Award – 2015 World Cinema Indie at the Mill Valley Film Festival.